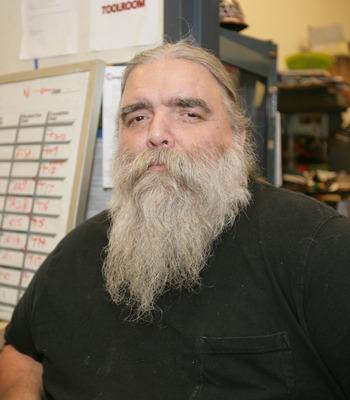 Marlin (“Steve”) Stevens has been a full-time Vocational Technician in the Welding Program at Long Beach City College since 1991. Prior to LBCC, he served 6 years with the Army National Guard as a Combat Engineer in the 132nd of the 40th Battalion. He is qualified to drive almost any vehicle in the Army such as dozers, tanks, APC’s, dump trucks, 2-ton trucks, bobtails and more. After his service in the Army, Marlin entered the Boilermaker apprenticeship at the Long Naval Shipyard. When he completed his apprenticeship, he received an AS Degree in Boilermaker from LBCC.

Marlin spent 8 years at the Long Beach Naval Shipyard as a Boilermaker journeyman and gained great experience in all aspects of welding and metal fabrication. Marlin also earned an L.A. Structural Welding Certification through Long Beach City College and has welding certifications in high pressure, pipe and stainless-steel flange welding. He also assists in managing the LA Deputy Weld Test Lab at LBCC.

Marlin is also a motorcycle mechanic and likes to build custom motorcycles. His dream is to make a bike to run on the Utah Salt Flats and try to beat the speed record. Marlin also enjoys helping students learn how to weld and operate metal fabrication machinery and is always available to help the students.