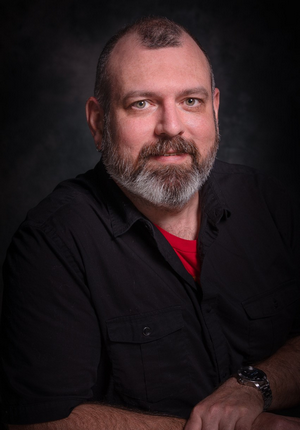 Nathan Stuffel is a Los Angeles based designer, currently serving as Auditorium Technical Coordinator, Set Designer and Technical Theatre Instructor at Long Beach City College. He holds a B.A. in Fine Art from Indiana University and is a graduate of the University of Illinois with an MFA in Theatre and Design. Nathan is also a member of the United Scenic Artists local 829.

He has worked as a Producer, Theatre Consultant, Scenic Designer, Technical Director and /or Lighting Designer for theatre, dance, music, opera and special events throughout the country with some favorite design credits including Sweeny Todd and Eurydice at Westridge School, CA; Angels in America and Tales of Hoffman at The University of Illinois, IL; Arcadia at Allegheny College, PA; Anna in the Tropics at Rio Hondo College, CA; A Beautiful Morning at the Egyptian Arena Theatre, CA; An Enemy of the People at the Principia, IL; and most recently An O.Henry Christmas here at Long Beach City College.

As an educator, he has served as a design advisor, given workshops in scene painting and set design and has taught courses in Scene Design, Lighting Design, Stage Craft and Scene Painting at the University of Illinois, Westridge School for Girls, Theatre 360 and Long Beach City College.