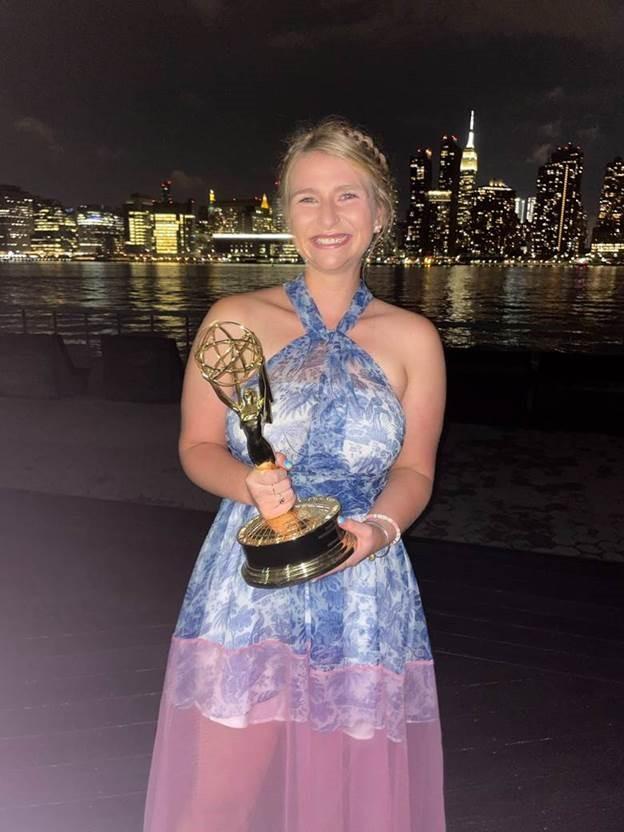 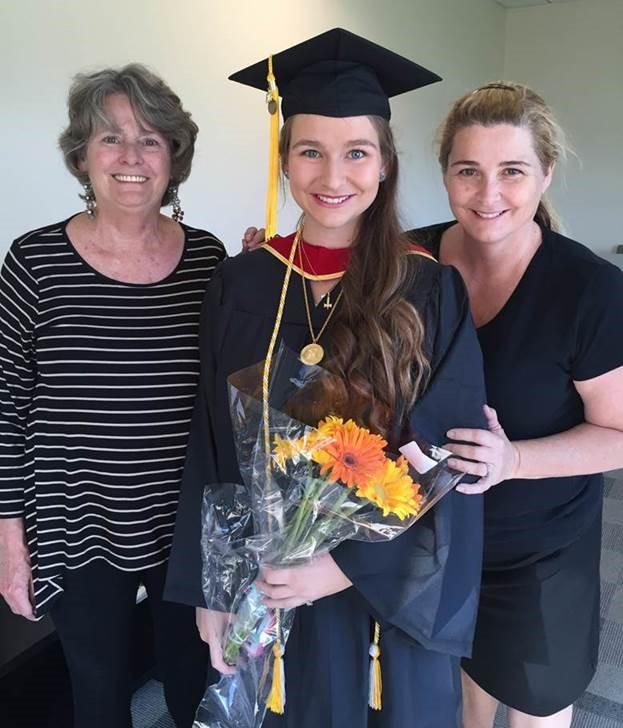 And the award goes to… Amelia Bolton!

That is an incredible declaration to hear, even more so when the award you’ve earned is an Emmy.

Amelia’s journey started at Long Beach City College, taking essential courses for 2 years before heading to USC to study film. While at USC, she interned for Seth Meyers and Conan, highly regarded late night tv programs. ‘My first job out of college was at Jimmy Kimmel, which was great because I definitely wanted to do late night, that was my goal,’ recalls Bolton fondly.

Her next big adventure was just around the corner – New York City to work on the John Oliver late night show. “If I don’t go to New York now, I’m never going to go,’ said Bolton. Even though it was only for a 6-month contract, she took her shot and followed her goal, ultimately leading her to working as part of the CBS Sports news team for the last 2 years.

After working on several prestigious shows without a lasting contract, CBS Sports seemed like the fit Bolton was looking for. ‘This job came up, my boss essentially created this position for me, kind of around me. Late night wasn’t really sticking, so I may as well try it,” said Bolton. She found a connection with this group, something that hadn’t quite clicked with her previous ventures. Through their efforts, Amelia and the CBS Sports News team won the Emmy for Live Graphic Design, a milestone for Bolton’s young and promising career.

Amelia credits her connection to her LBCC professors as the launching point of her journey. “They let me explore TV kind of through a creative lens,” Bolton explained. “I’ve never felt forgotten by them. That’s definitely the most special part of my LBCC experience.”

Amelia made special note of a handful of her LBCC professors, explaining that they were, and remain, incredibly supportive and kind to her:

The faculty and staff at LBCC make a difference for so many students. To make a donation and support the LBCC students, please go to our website www.lbcc.edu/pod/makeagift.