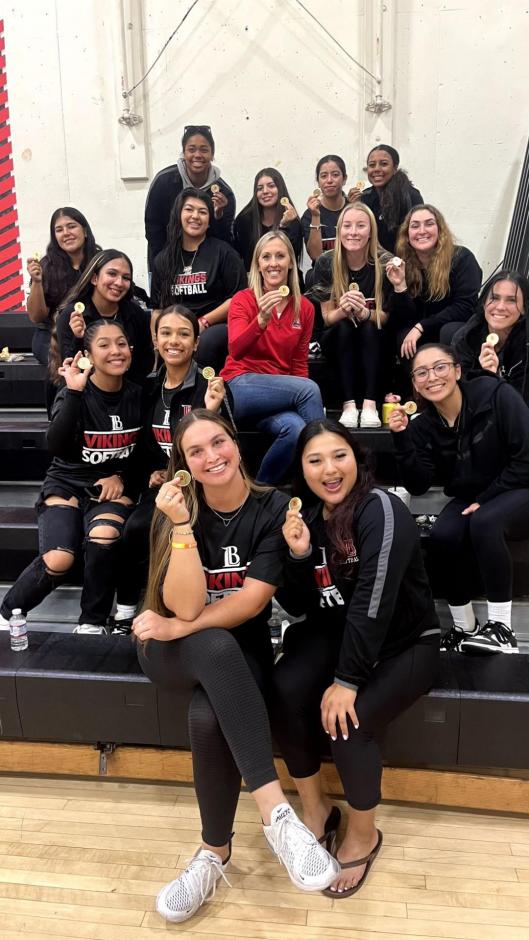 On Tuesday, November 15th LBCC Women’s Volleyball program and head Coach Tyler Jackson held a very special ceremony to honor Women in Sports recognizing the 50th Anniversary of Title IX. Title IX, is the groundbreaking federal civil rights law, which prohibits gender discrimination in educational programs and activities receiving federal financial assistance. Since its passage, the historic legislation has positively impacted the lives of women and provided a pathway in their continued pursuit of achieving gender equity in collegiate athletics.

During Sophomore night, LBCC Women’s Volleyball honored their sophomores who have completed their eligibility and their career at LBCC. Coach Jackson also extended an invitation to women in our community who have been positively impacted by Title IX to be recognized before the last home match of the season. It was a wonderful night celebrating women in sports!

Long Beach City College has a rich and tremendous athletic legacy. Collectively, the Vikings hold 16 National Championships, a state-record 93 California Community College State Championships, hundreds of conference titles, and over 20 Football Bowl Game appearances. With 18 Athletics Teams, 9 being Women’s, LBCC has been committed to supporting Title IX legislation and strives to comply with federal and state laws regarding gender equity and establishes an environment that is free of gender bias. The celebration commemorated the anniversary of the landmark federal law signed in 1972 that prohibits gender discrimination in educational programs and activities receiving federal financial assistance. LBCC proudly supports women in sports and the progress of women’s athletics in higher education.