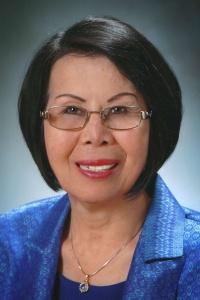 Chan is a former teacher who co-founded the Khmer Parent Association and has served as its volunteer Executive Director since 1995. She has established numerous events, forums, and training in Long Beach dealing with health, inter-generational communication, and employment issues in the Cambodian community. Chan is also the founder of the South-East Asian Scholarship, which has been presenting annual awards to 15 graduating high school seniors for the past 25 years. She has provided over 10,000 volunteer hours to St. Mary Medical Center and served on their Benefit Advisory Board for over a decade. Chan was named the 2016 Woman of the Year awardee by District Assemblymember Patrick O’Donnell. She was also recognized in the California State Senate Resolution for “Women Who Make a Difference.” Chan is the proud recipient of the Gene Lentzner Human Relations Award from the California Conference for Equality and Justice (CCEJ), as well as Women of Distinction Awards from State Senator Ricardo Lara, Assemblymember Patrick O’Donnell, and Soroptimist International of Long Beach.