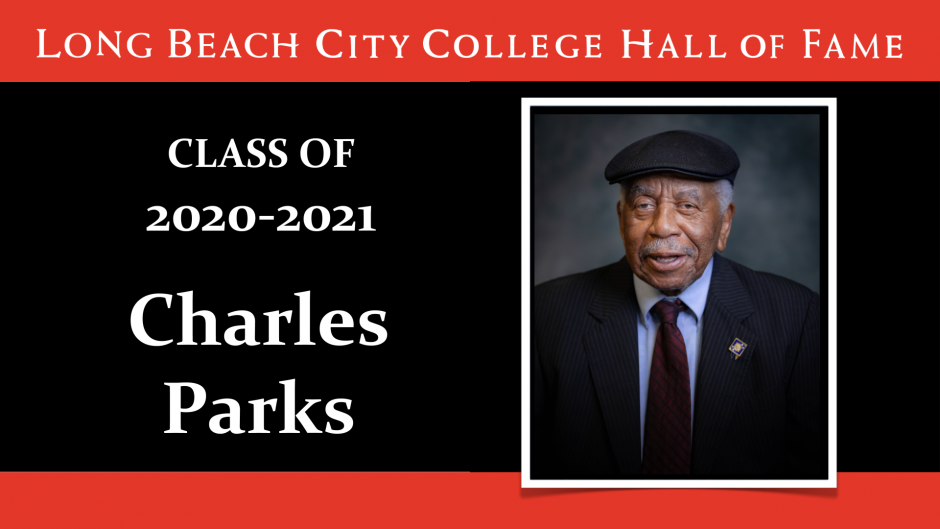 Born in Manor, TX outside of Austin, Charles Parks was part of the first wave of desegregation in Texas schools. Charles found his options for College in his home state limited, and he faced a choice as he graduated high school: stay in Texas and commute over 2 hours to the nearest college that accepted African-Americans or strike out on his own in search of a better opportunity.

Following the advice of his mother, who passed when Charles was 15, he went to the local library and checked out a catalogue with colleges around the country that admitted African-Americans. In it, he first read about Long Beach City College.

After graduating from Anderson High School, Charles went with his State Champion Concert Marching Band to perform in Indianapolis, IN, his first trip outside of Texas. His second trip out of Texas followed soon after, as he hitched a ride the day he returned with an elderly couple he knew from the local garage he worked at part-time.

After a few days, a few shifts of driving, and for less than what 3 gallons of gas cost today, Charles had finally made his way to California.

Charles began his career in law enforcement as a student at Long Beach City College, after seeing an ad in the local paper, and at the urging of his LBCC counselor Dr. Carroll Price.

After graduating from LBCC, Charles went on to earn his bachelor’s degree from CSULB and was selected as a National Urban Fellow, earning his Master’s degree from Yale and Occidental.

Long Beach has been good to Charles, and Charles has worked hard to return the favor. He has spent nearly 50 years in Public Service, with 33 years of service in the Long Beach Police Department, rising through the ranks until retiring as a Commander.

But Charles’ life hasn’t all been work – he and his wife May, who also worked for Long Beach PD, are avid travelers. The two have gone to Cuba with LBCC alums, visited inspectors at Scotland Yard, and traveled the country together. So it came as no surprise when the two had a destination wedding, saying their vows in an ice chapel in Quebec City.

In retirement, Charles has worked with a number of local, national, and international organizations to better the community that has given him so much.

Click here or on the image above to view Charles’ induction video.