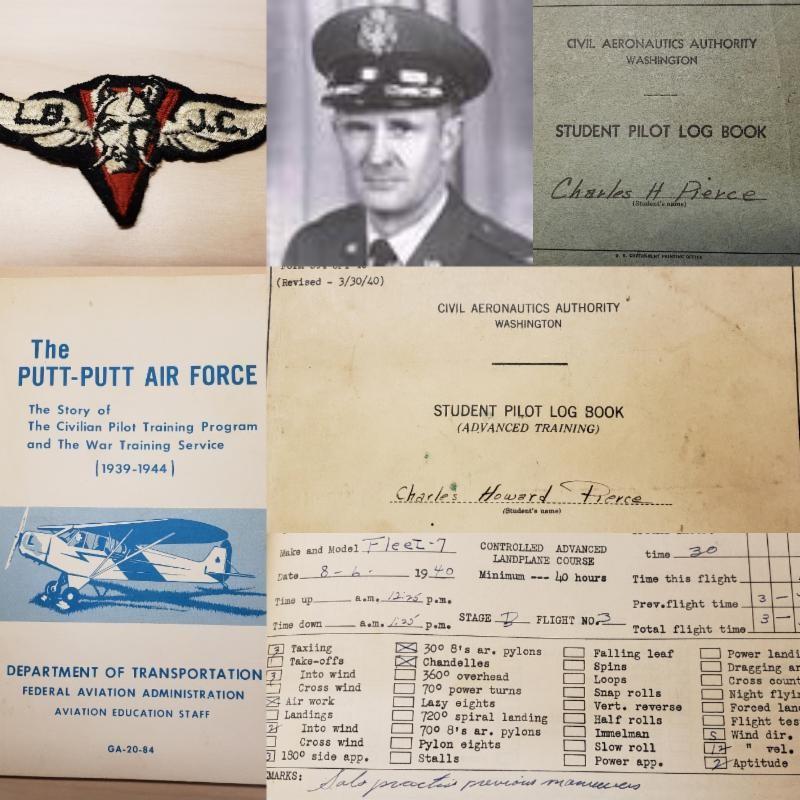 Col. Charles H. Pierce, Viking alumnus and decorated pilot, learned to fly at LBCC in the late 1930s as part of the Civilian Pilot Training Program unveiled by President Roosevelt in the years leading up to World War II. The program’s aim was to train 20,000 college students as pilots each year in preparation for the coming war.

After retiring from the military, he was Chief Pilot and FAA Examiner at several airports back in his native Southern California.