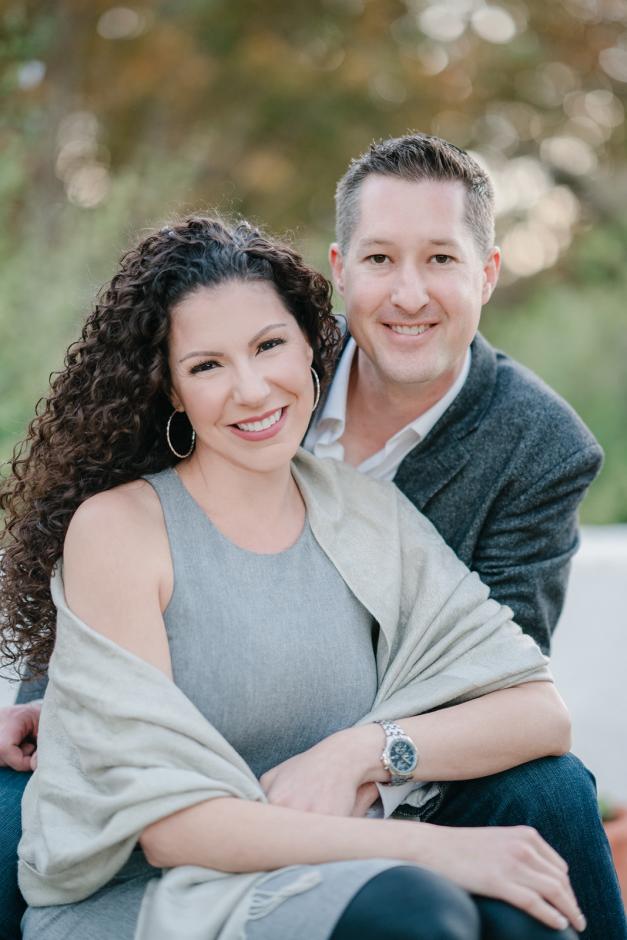 Meet LBCC alumni Dr. Andrea Scott and Kurtis Williams, partners in every sense of the word.  These newlyweds are the co-founders of Session Sync, a nationwide telehealth platform.  Their idea to connect patients and licensed psychologists for telemental health services couldn’t have been better timed to help people negotiate mental health care in a pandemic landscape.

Long Beach City College was always a part of Andrea’s life. Her father was Emeritus faculty Dr. Gary Scott, Band Director and the Dean of Creative Arts and Applied Sciences, who retired in 2012.  She grew up chasing the bunnies around campus, so attending LBCC was a forgone conclusion.  She began studying at LBCC in 2002, intending to study her first love, theatre. But her plans took a turn when she took a psychology class and fell in love.  She appreciated that her professors were able to provide a broader lens to the subject.  The social justice aspect of psychology spoke to her and set the trajectory for her future.  While at LBCC Andrea received the Dr. E. Jan Kehoe Presidential Women’s Leadership Award, the ASB Senate Star Award, and the LBCC Student Senate Certificate of Honor.  She went on to CSULB and completed her Ph.D. in Psychology at Palo Alto University.

Kurtis came to Long Beach City College as, in his words, a “lost soul.”  There was never a question that he would be the first person in his family to attend college, the question was what he wanted to do.  He was working full time to pay for school, but he didn’t want to spend the money on a four-year institution until he could figure out what he wanted to do.  LBCC gave him a sense of community and a safe space to explore.  Kurt received a scholarship for music and was a member of the band, led by Dr. Scott.  One of his friends in the band was Dr. Scott’s son and Andrea’s brother.  (More on that later!)  His time at LBCC gave him a broad experience, everything from music, sports, history, geology, and chemistry.  He was a Renaissance man.  Kurt graduated from LBCC in 2000 and went on to CSULB to earn his bachelor’s in Business with an emphasis in Marketing.  From there he went on to USC to earn his Master’s in Business Administration.

Andrea and Kurtis didn’t attend LBCC at the same time, but thanks to Kurt’s friendship with Andrea’s brother they were always tangentially aware of one another.  They saw each other again for the first time at Andrea’s brother’s wedding.  They became Facebook friends, but it wasn’t until they discovered a mutual love for cycling that they began to connect.  Andrea moved back to Long Beach six years ago and the rest is history.  They had an intimate pandemic wedding in 2020, where they were married by Andrea’s father!

The story of their business is another series of happy coincidences.  Andrea was in practice at the VA Hospital in Long Beach, where telehealth programs were becoming more prevalent.  Patients were embracing the concept of receiving care in their home environments and Andrea began to ponder the concept of exclusively serving clients patients in a private practice setting but from the comfort of their own homes.  She began to look at platforms, but nothing available was a good fit, and in the process, mentioned the idea to Kurt. Without hesitation, he said, “That’s a good idea. Don’t you think other psychologists might want to do the same?”  It was in this simple question that the concept of Session Sync was born.  After three years of developing and testing, they were able to launch in 2019.

Andrea and Kurt began their new venture with 14 psychologists in 6 states and have now expanded to 111 psychologists in 38 states.  They offer a diverse array of practitioners who provide care in sixteen different languages.  When they began, they faced traditional biases about therapeutic treatment.  Face to face is the rule that most doctors abide by, despite research that indicates that telehealth is as effective, and reaches patients where they are at.  The pandemic forced everyone to challenge their assumptions and allowed doctors and patients alike to shift to this new world.  It established that this type of care delivery works and works well.  This bodes well for the success of Session Sync and its capacity to evolve the future of mental health care.

Both Andrea and Kurtis say that their time at LBCC was a part of what allowed them to realize their dream.  They believe that the heartbeat of LBCC is a spirit of “go after it” that they took to heart.  The abundance of resources, the passion of their professors, and the broad-based learning are what have given them the tools to turn their vision into reality.  They are thankful for everyone at LBCC who had a hand in their journey.  Now there are people who are receiving life-changing care and therapy because of the bond that Andrea and Kurt formed with LBCC.  “The College didn’t just change our lives but continues to change other people’s lives because of the impact of our time at LBCC.”  Learn more about Session Sync  or follow them on Instagram, Facebook, or Twitter.