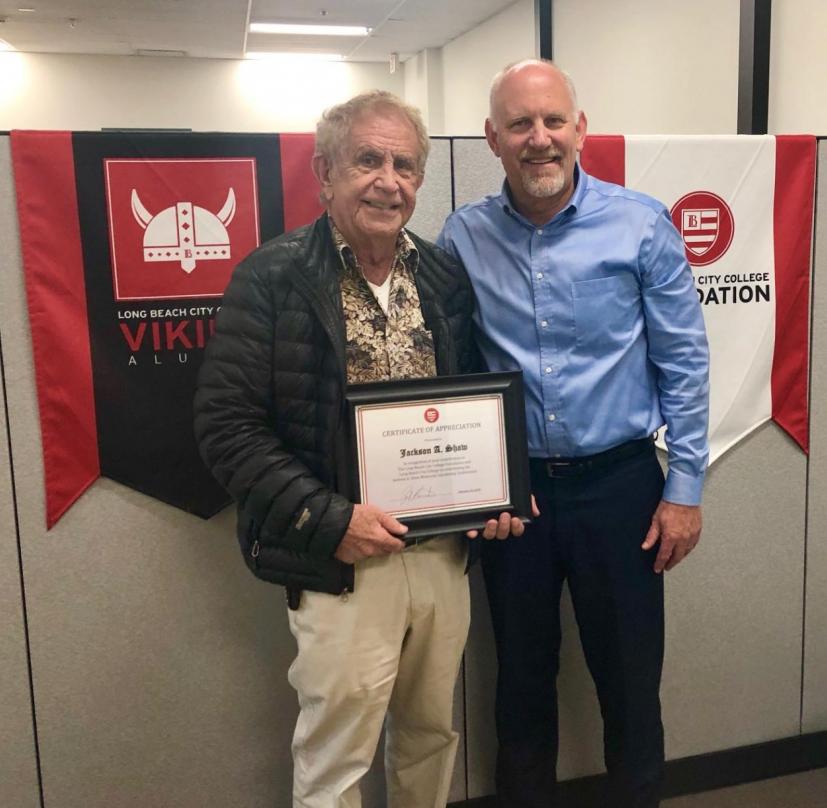 There’s probably only one person who can say they survived a helicopter crash, as well as landed a helicopter on the campus of Long Beach City College, and his name is Jackson Shaw.  Shaw’s aviation history began at LBCC. “I took all my Aviation Ground School training here,” recalls Shaw, “I ended up with the top ratings for Aviation, which included ATP (Airline Transport) for helicopters and airplanes.

That start at LBCC became a career as Shaw began teaching Ground School Training classes at the school for four years. Then it was on to a 33-year career with Federal Aviation Administration.

“As a FAA Designated Aviation Representative I traveled around the world inspecting aircraft for conformity to type and design,” recounts Shaw, “If they passed my inspection, I issued a U.S. Export Certificate of Airworthiness on behalf of the United States Government.”  Shaw currently works with the Long Beach Police Department as a Senior Police Partner.

Shaw credits LBCC for helping him attain his career goals. “I got my start here and it really changed my life. Because of that I wanted to be able to do something for future students, something that could help them attain their career goals.”

Jackson Shaw’s legacy will be one of the largest estate gifts in the history of the College, with the endowment potential to generate $80,000 yearly for student scholarships. A gift that will keep on giving!

“Jackson Shaw’s phone number was sitting on my desk the first day I came to work as the Executive Director of the LBCC Foundation,” explains Paul Kaminski, “I picked up the phone and that lead to a myriad of discussions and now to an amazing future gift for the benefit of our students. We are truly grateful for this contribution to the “Funding Our Future” campaign!”