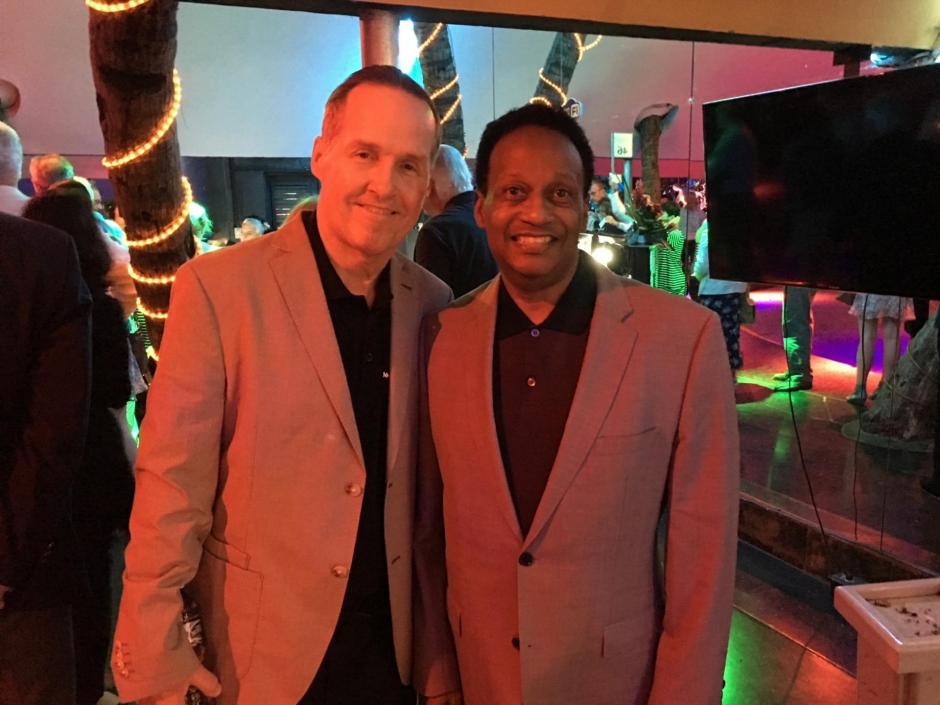 “My family is LBCC through-and-through.” LBCC alumnus Guy Heston isn’t afraid to put things succinctly – something he learned during the daily ten-minute news broadcasts he produced, wrote, and delivered with his friend Leonard as a student volunteer for the campus radio station, The Voice of City College. Guy’s father and brother-in-law are alumni, and his brother and sister-in-law both taught at LBCC. Long Beach City College was transformative for his family, like many others, and opened new horizons – both academically and professionally.

Guy, a scholarship recipient at LBCC who later came back to teach a course in Broadcast Journalism and serve as President of the LBCC Foundation’s Board of Governors, credits LBCC as being the foundation of his professional life. He changed careers after working several years in the radio industry, ultimately landing at Long Beach Transit, where he spent 30 years as part of a team dedicated to the concept of public service.

Guy’s professional journey is apt, as it so closely mirrors his involvement with the College both as a student and an alumnus. Whether volunteering on campus as a student, teaching the next generation of Viking alumni, working his way up to Executive Vice President and Chief Operating Officer of his hometown Transit agency, or serving as the Board President of his Alma Mater’s Foundation, Guy has lived his life in service to those around him.

“It’s all about paying it forward. My LBCC education was supported by dedicated faculty and staff, and a community that cares deeply about the College. I consider it a privilege to give back in whatever way I can in support of today’s students, many of whom face far greater challenges than I did.”