Hall of Champions Date Announcement We can't wait to celebrate with you! 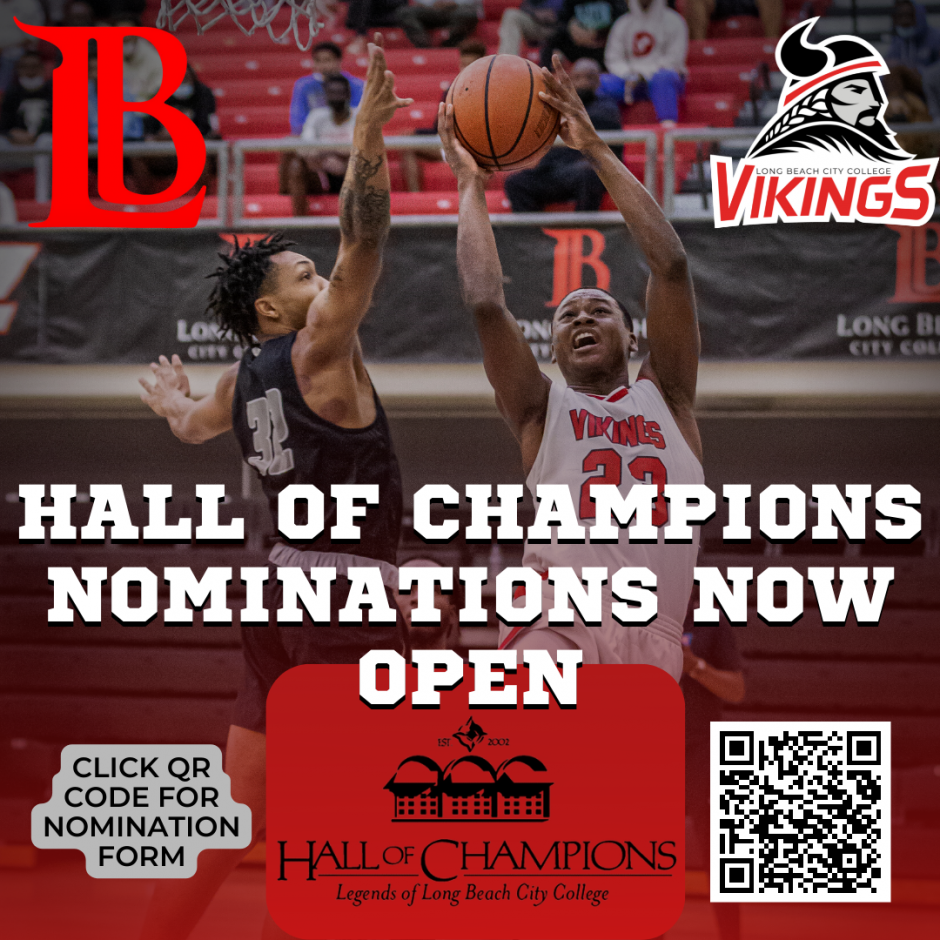 Long Beach City College Athletics will recognize the 18th class of the Hall of Champions on Friday, March 24, 2023. Nominations are now open! CLICK HERE FOR THE NOMINATION FORM.

Since winning its first state title in 1928, the Long Beach City College Athletic Department continues to amass conference, state, and national titles. Our athletes play in the most demanding leagues in Southern California and have captured more state titles than any other community college in California.

Long Beach City College is recognized throughout California as both an academic and athletic leader. Thousands of LBCC athletes have received scholarships from nearly every university in the nation. We point with pride to these athletes.

Athletics is an essential part of the total college experience. The athletic event provides students an opportunity to develop valuable skills such as teamwork, self-discipline, problem-solving, and leadership that can be useful in everyday life situations.

The purpose of the Hall of Champions is to recognize individuals and teams who have developed these skills and contributed to the outstanding accomplishments of the LBCC Athletic Program.

Former student-athletes, championship teams, coaches, and others who have contributed significantly to Viking athletics will be eligible for a place in the Hall of Champions. A selection committee will review those nominated and an induction banquet will be held yearly to celebrate the achievements of those selected.

LBCC has always had outstanding coaches, of which many have moved on to university and professional teams. Together, students and staff have made the program unparalleled in community college athletics.

The athletic department embraces every student, from the one who “just wants to play,” to the one who has all the desire, dedication, and talent to become an All-American or Olympian.