In Memorium: Barry McDaniel A loved LBCC community supporter and Board member 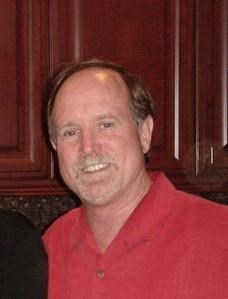 Barry Rea McDaniel, a former LBCC Foundation Board of Governors President, passed away on Saturday, January 8th, 2022, just four days from his 73rd birthday. He died of complications related to Alzheimer’s at Silverado Memory Care Community in Brea, California.

Barry worked in Long Beach for his entire career, beginning in 1972 when he accepted a position with the Port of Long Beach Planning Department. He eventually became the Assistant Director for Planning, overseeing development projects like the World Trade Center in Long Beach, among others.  During his time in the position, downtown experienced a revitalization for which his vision is partly responsible, and it continues to thrive.  Barry also served on the Signal Hill Planning Commission, contributing his expertise to the city where he lived for many years.

In 1986, Barry retired from the Port and with several partners, leveraging their planning expertise and agency connections, established a new company called Pacific Relocation Consultants (PRC). PRC managed large-scale relocation projects, such as the expansion of Topanga State Park and LAX.  During his time as CEO, PRC went national and merged with another company to become Overland, Pacific, and Cutler (OPC). In his last few years at OPC, Barry was instrumental in moving the company to a new, sustainable building near the Long Beach Airport. Even after retirement, he continued to consult on various projects.

Once he retired, Barry’s true passion was his work supporting Long Beach City College.  In the early 2010s, he began by working on the Citizens Oversight Committee charged with monitoring the 2008 Measure E expenditures.  He contributed to public reports on the LBCC building program and its compliance with the requirements of Proposition 39.  He became an active member of the LBCC Foundation Board of Governors, serving as President from 2015 to 2016, with roles as President-Elect and Past-President in the years before and after his tenure in that position.  Barry was proud of his work to increase fundraising for student scholarships and other projects to benefit LBCC as the college gained prominence statewide for its Promise Initiative.

Barry is survived by his wife, Elaine McDaniel, and their children and grandchildren, as well as his mother and sister.

A Celebration of Life event will be held on July 16, 2022, from 3 pm to 5 pm at the Long Beach City College Foundation offices.

Donations can be made to the Long Beach City College Foundation or the Alzheimer’s Association.