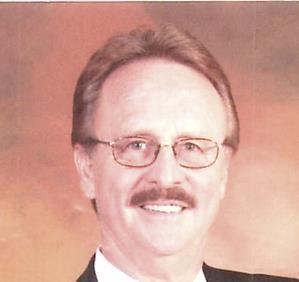 LBCC Alumnus Carl Bergkvist passed away on February 10, 2021. He was born on July 3, 1938, in Durham, North Carolina. His family relocated to Long Beach when he was a young boy. He grew up on the Westside and went to Poly High School. Carl had an interesting and fun life. After high school, he enlisted in the Army and served with the 82nd Airborne, jumping out of airplanes. After his service, he enrolled at Long Beach City College and was a member of the TONG fraternity. He then finished his schooling at Long Beach State, making many lasting friends with his Sigma Alpha Epsilon brothers. Carl became an engineer and worked at Douglas Aircraft. He worked on the Apollo Project, but he decided the engineering life wasn’t for him. He decided to go to law school and entered Loyola and became an attorney in 1967. He practiced in Long Beach throughout his entire career. Carl was always active and curious. He became an Eagle Scout and had the privilege of being the youngest Eagle Scout at the time. In college, he was in a band and used to play at the Sombrero in Belmont Shore (now DOGZ). He invented a device he called the “Ding Battler” for use in preventing door dings on cars. Imagine his surprise when almost everyone wanted a refund because the product would freeze in the winter. He also ran for City Attorney in the 1970s and handily lost but he enjoyed every minute of it. After Carl became an attorney, he was a partner with Demler, Perona, Langer & Bergkvist. He then ventured out on his own and formed the partnership of Bergkvist, Bergkvist & Carter. For the past 20 years, Carl practiced with his wife Margo, Paul Carter, and his son, Michael. Carl and Margo, his wife of many years, had a wonderful marriage with lots of ski trips (snow and water), yearly trips to Catalina, and travels all over the world. Their travel buddies on their trips to Europe were Bruce and Tomazina Mulhearn. Carl is survived by his wife Margo; his brother, Frank (Liz); his four children with his previous wife, Christine, namely: Jessica, Megan, John, and Michael (Kim). He is survived by grandchildren, Sara, Alyssa, Sophia, Kassie, Jacob, and Maya; and great-grandchildren, Lilyana, Noah, Elijah, and Ezra. Carl and Christine had a daughter, Tracy, who died at the age of 3 from cancer. Carl was a very honest man with a wonderful reputation in the legal community. The outpouring of respect from the legal community has been humbling. His partner, Paul Carter, called him Evander because, like Holyfield, Carl was “The Real Deal”. Due to COVID, no memorial is planned at this time.