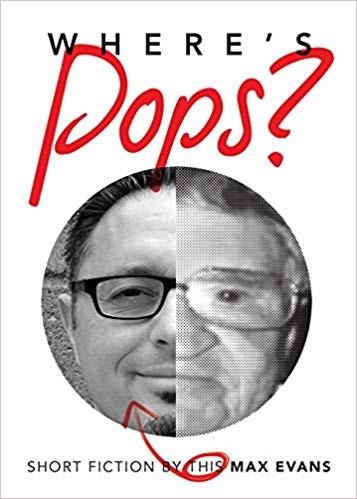 This month we had a chance to sit down with Max Evans, a local author and, of course, a Viking alumnus. Max is currently a full-time English Professor at LA Southwest College.

Max grew up in the Wrigley neighborhood of Long Beach, graduating from Saint Anthony’s High School before attending LBCC and transferring to Long Beach State University, where he earned a Bachelor’s Degree in Psychology and an MFA in Creative Writing.

It was during his time at Long Beach State that his life changed forever; while working towards his Bachelor’s degree, Max Evans became a father. Juggling parenthood and a full-time course-load is trying at best, and when Max reached out for support in the campus community he was surprised to find that there wasn’t much there. “At the time, there were so few resources available for students that were fathers. Most of what was out there was geared towards mothers that were taking courses.”

Now that his son is an adult and he’s a published English Professor, Evans decided to change that, establishing a scholarship at LBCC to provide support for fathers attending classes. “I wanted to do something to help fathers on campus facing the same issues I did as a student. Fatherhood has been such an important part of my life, and it means a lot to be in a position to help others.”

Evans’ scholarship, the Most Valuable Pops, or MVP, is funded by the proceeds of Evans’ first book, Where’s Pops?, a diverse look at fatherhood in the city. A collection of short stories, the work examines the lives of fathers in Long Beach of different races, socio-economic backgrounds, and sexuality, and explores their relationships with their children.

When asked why he chose to award the MVP Scholarship to an LBCC student, Evans spoke about the impact the College had on his life. “When I first started at LBCC I wanted to be a child psychologist – I even went on to Long Beach State and earned my BA in Psychology – but the English classes I took here, Professor David Lipton in particular, taught me a lot about creative writing. He was unapologetic and not afraid to critique his students. At first, it was tough to take him seriously, but after I had a chance to read some of his published work it became clear that he knew what he was talking about. That early guidance from him helped a lot.” Enough so that Evans acknowledged Professor Lipton in Where’s Pops?.

If you’d like to purchase a copy of Where’s Pops?, support a Viking Alumnus, and a current Viking student, you can find it online at Book Locker or Amazon.