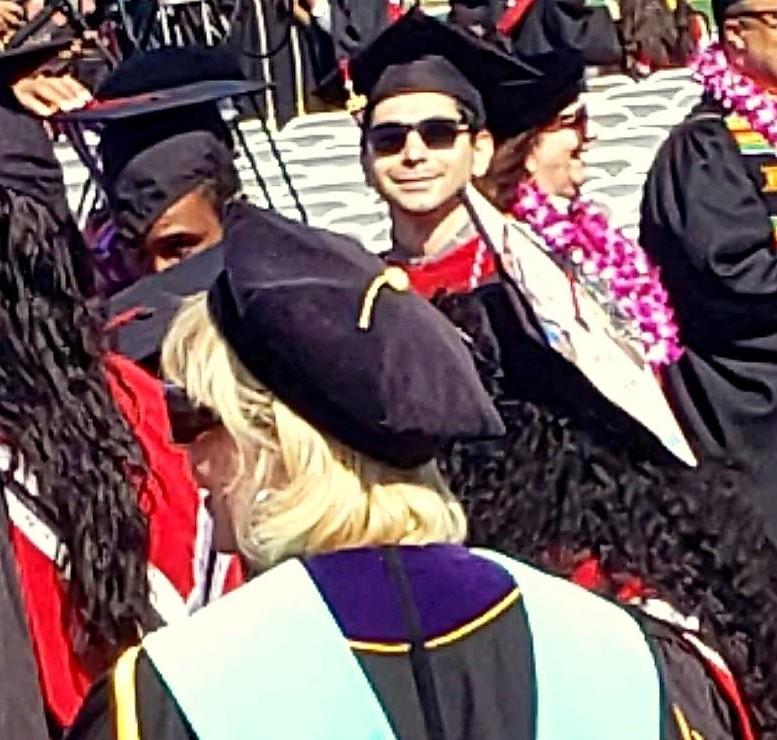 We continue to highlight Viking Alumni in our community and around the world to see how Vikings are doing amidst the global pandemic. We had the pleasure of sharing some time via Zoom with recent alumni, Tomas Trevino. He is in his second year of apprenticeship for electrical engineering and specializes in work with hazards/low voltage electrical systems (servers, oil fields, etc.) and even wiring – which he claims he learned much of during his time at LBCC.

LBCC Alumni Association: What have you been doing since you left LBCC?

Tomas is currently working at EMF Fire Solutions, a company specializing in solutions for fire detection and suppression. He began part-time during his last month at LBCC and earned a full-time position right after his graduation in the spring of 2019. Lately, he has been learning the importance of asset protection for anything one does not want to get wet during the suppression of a fire. He claims he knows more of the technical and control side of things in his work than the mechanical aspect of it.

How did you end up at LBCC?

Originally, Tomas was from the Baltimore/D.C. area. He enlisted in the Army at the age of 18 and lived in Germany for 4 years. He then returned to the States and didn’t know what he wanted to do. After spending a semester back in college in Maryland, he did not enjoy it. It was then his brother Chris moved to California to work at the Press-Telegram in Long Beach. That became the catalyst for Tomas to make the big move. He left his apartment in Maryland as soon as his lease was up and came to Long Beach, California. He claimed to have walked onto campus on a random Tuesday and was able to walk-in, talk to a counselor, and start enrollment right away. LBCC was very welcoming from the start!

Tell us about your time at LBCC.

Tomas initially began as an English major for his first two semesters, until a creative writing class helped him to realize that an English major may not be a good fit for him. Unsure of what to do, he decided to try out an electrical program that he saw promoted on an LBCC flier and his passion for engineering began. Two years ago, he didn’t know the difference between positive and negative terminals on a battery. Now, he works on high-level systems and the protection of valuable assets. He eventually received an A.S. degree in Electrical Technology in the spring of 2019.

How did LBCC prepare you for what you’re doing now?

The elements of the electrical program gave Thomas a framework for what he currently does. The program itself is geared towards working with higher voltage systems that are seen in large automation. LBCC introduced Tomas to EMF Fire Solutions when they visited his class to recruiting people from his program. This was an essential step to getting him to where he is now.

I can’t speak highly enough of the faculty in the program.  “Professor Suzanne Englehardt – she was a fellow veteran, but from the Navy. She was very hard on us but cared enough to make sure that nobody got harmed. She took our safety and our education very seriously. She encourages her former students to stay in touch – definitely a Viking for Life. I owe a lot to LBCC.”

Scott Fraser was also a caring professor. He shares emails with alumni and current students so that they can keep in touch. He also exposed students to other opportunities outside of their majors.  I once took a class in solar technology and I received job opportunities for solar positions as well. I don’t think I would have made it this far without LBCC. I came out here with no direction, no skills, and no trade. They gave me what I needed to get to where I am.   Go Vikings!”