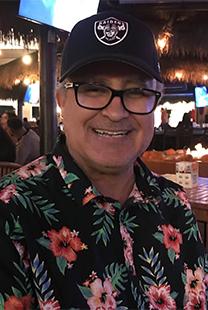 Professor Donald Kent Douglas joined the Department of History & Political Science at Long Beach City College in Fall 2000. A specialist in international relations theory and comparative politics, he earned his M.A. and Ph.D. from the University of California, Santa Barbara, and his B.A. from the California State University, Fresno. He teaches Introduction to American Government, Comparative Government, and World Politics at LBCC.

Professor Douglas is active on campus and has served as a regular adviser to many Viking student clubs and organizations. Professor Douglas reads widely and stays ahead of research developments in his fields of interest and adds an engages an interdisciplinary focus his teaching, including critical race theory, economics, history, philosophy, postmodernism, sociology, among other areas.