Since 1927, Long Beach City College has been at the heart of the community providing educational programs with a commitment to excellence in student learning in a culturally diverse and vibrant environment.

LBCC is a two-year community college that encompasses state of the art, technology-rich learning environments, a broad range of academic and career technical instructional programs, strong community partnerships, and economic and workforce development initiatives that prepare students to be successful in the 21st century.

As one of the largest of the 114 community colleges in California, Long Beach City College is governed by the five-member, elected Long Beach Community College District Board of Trustees and serves the cities of Long Beach, Signal Hill, Lakewood, and Santa Catalina Island. It offers many associate degrees and certificate programs which prepare students for transfer to four-year institutions, career advancement, and personal development.

“Apple Inc. presented Long Beach City College with one of 10 grants nationally for its extensive commitment to computer technology.”

With four schools to house its instructional programs, LBCC provides program offerings in Career and Technical Education, Language Arts and Communication, Social Sciences and the Arts, and Health, Science & Mathematics.

Founded as Long Beach Junior College, the college started at Woodrow Wilson High School until the 1933 earthquake which destroyed the building. Classes were held outside in tents at neighboring Recreation Park until the college moved to the site of its present-day Liberal Arts Campus at Carson Street and Clark Avenue in 1935.

From its earliest days, the college established traditions that are alive today, such as the mascot, Ole, and the team name, the Vikings. A student newspaper, yearbook, social services, and intramural programs were launched in the first year. Academic honors included having a library that was viewed as a national model and the state’s top junior college debate team. Athletic honors included Southern California championships in wrestling, baseball, men’s and women’s swimming and the state championship in men’s basketball, all during the 1928-29 school year.

The college grew rapidly during and after World War II and added the Pacific Coast Campus, formerly Hamilton Junior High, in 1949. Numerous extension campuses and satellite locations were added as growth continued in the early 1970s. As a result of state law, the college separated from the Long Beach Unified School District and became the independent Long Beach Community College District with its own locally elected Board of Trustees. 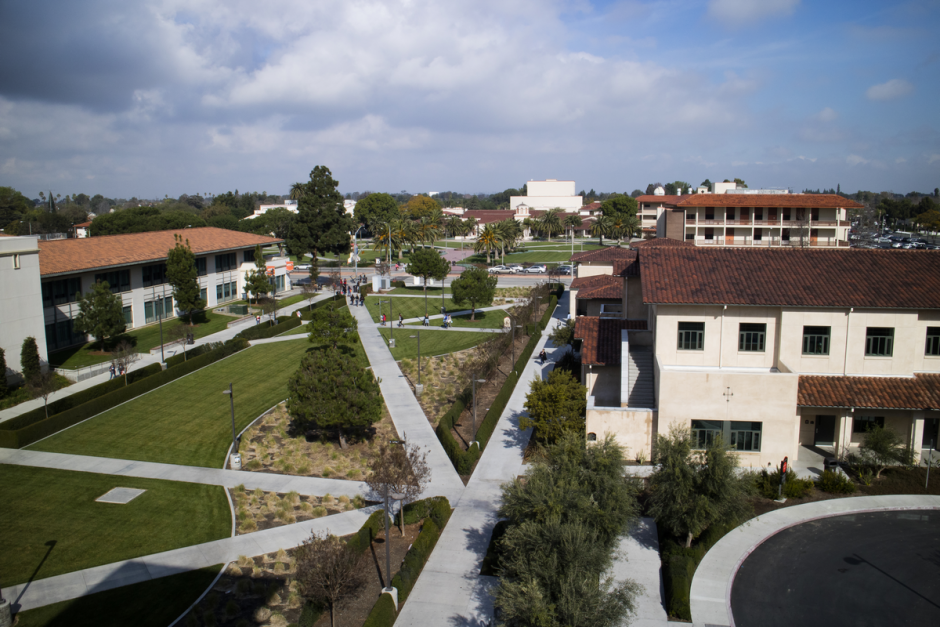 Changes in the workplace, and in the community’s demographics, brought about rapid changes in the mid1980s. The influx of Southeast Asian refugees led to extensive courses in English as a Second Language and other programs to assist and acculturate this burgeoning population. A later wave of amnesty applicants ensured that ESL remained one of the college’s core programs and garnered awards as a state model.

Computers entered nearly every instructional program necessitating the acquisition of new equipment and revisions to the curriculum. Apple Computer presented Long Beach City College with one of 10 grants nationally for its extensive commitment to computer technology.

In 1987, the college completed a decade of negotiations with the City of Long Beach to acquire the neighboring Veterans Stadium. Through the sale of surplus land to another neighbor, Mcdonnell Douglas (now Boeing), the college was able to finance the $3 million in renovations required to upgrade the facility.

Within the last decade, the college has celebrated completion of a wide range of new construction projects and building modernizations at both campuses. The passage of the Measure E bond in 2002, and its extension in 2008, by the overwhelming majority of voters in the Long Beach Community College District has provided $660 million in local funds and qualified the District to receive an additional $60 million in state matching grants. The resulting building program has provided new facilities and modern learning environments to support new programs, allowing Long Beach City College to prepare its students to meet the changing demands of the 21st Century.

Long Beach City College continues to have a deserved reputation for excellence for its instructional programs and its graduates achieve tremendous success after transferring to four-year colleges or entering the workforce. The college’s reputation is further enhanced by key partnerships and economic development initiatives. With its many accomplishments, LBCC is well-positioned to build on its tradition of success in serving the community for generations to come.