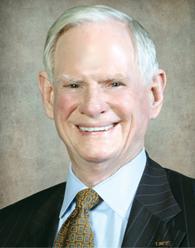 Doug Otto is an attorney in private practice in Long Beach. He has earned a B.A from Stanford University; a M.A. jointly from Columbia University and Union Theological Seminary; and a J.D. from the University of Chicago. He has been a full adjunct professor of law at Southwestern University School of Law, where he taught for 16 years.

He has been very active in his home town of Long Beach. He is a Founder and Past President of both the Long Beach Foundation for Architectural and Cultural Heritage and Long Beach Heritage. He was named Preservationist of the Year in 1990. He chaired the City of Long Beach’s Blue Ribbon Citizens Transportation Task Force, which developed a comprehensive transportation plan for the entire city (1989-1990). He was a member and Chair of the Long Beach Planning Commission (1992-2000). He chaired the Long Beach City Manager’s Downtown Business and Development Advisory Committee (1998-2004). He is a founding Board member of the Long Beach Aquarium of the Pacific (1994), currently serves on its Executive Committee, and chairs the Long-Range Planning Committee. He also served on the City’s Ethics Task Force in 2002.

From 1998 through 2000, Doug chaired Long Beach Strategic Plan 2010; a comprehensive city-citizen planning effort adopted by the City in 2000. For this and his other community work, he received the prestigious David Landry Memorial Award for Outstanding Community Service from the City of Long Beach.

In 2004, he was elected as the Long Beach City College Trustee for Area 4.

Back
This item appears in:
This profile has been archived and may contain content that is out of date.