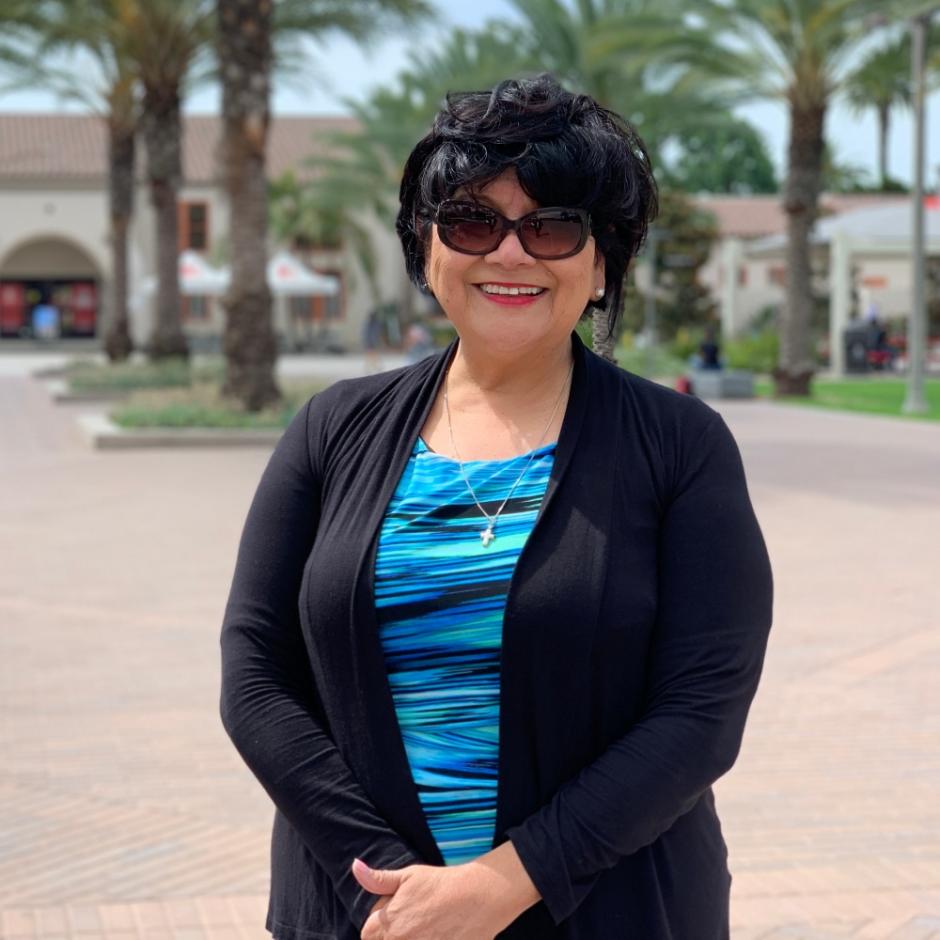 After 25 years of serving on the Paramount City Council and 35 years teaching first grade, Diane Martinez has traded her high heels and business suits for her very own Long Beach City College student ID card.

The former four-term Mayor of Paramount knew that retirement from both positions in June of 2019 meant a new chapter for her. It was time to brush up on some skills and have some fun along the way. As a result, she decided to become a Viking at LBCC enrolling in what she thought was a beginning computer class.

She failed her first test.

“I enjoyed having a secretary for more than 25 years and I earned my master’s degree using a manual typewriter, so I knew I needed better computer skills,” Martinez said. “I ended up with an A in the class but I really worked for it.”

Working hard for something others would consider unobtainable is no stranger to Martinez, who ran for her first public office in 1994 without any prior experience, but ended up earning more votes than anyone else in the race. This victory sparked her love for public service.

In addition to her role as Mayor, she became the City’s representative for the California Contract Cities Association, the League of California Cities, the Southern California Association of Governments, the County Sanitation Districts of L.A. County, and a member of the L.A. County City Selection Committee, Gateway Cities COG Board of Directors, and Gateway Cities/COG SR-91/I-605/I-405 Corridor Cities Committee. She was always busy.

With double retirement from both her elected and career position, she has discovered LBCC as a welcoming place for a returning student. To ensure herself a passing grade, she took advantage of the computer lab and her professor’s office hours to overcome her first test score.

“I worked so hard my friends said it seemed I was getting my doctorate the way I was studying,” she said. “But the professor was so professional, my fellow students were so nice, I never felt like it was a threatening environment.”

Along her path to reentering the world of education, Mayor Martinez has received great support and encouragement from her friend and Lakewood Vice Mayor Jeff Wood, who also works at LBCC. “He would call and ask if I had registered for classes and he even went with me to take my student ID photo. He is such a nice person,” she said. “He would check up on me throughout the semester, like a brother.”

Her experience was so enjoyable and beneficial, she is now enrolled in another Computer and Office Studies class with possible plans to take piano in her future.

To find out more about LBCC’s Computer and Office classes, visit www.LBCC.edu/department-computer-office-studies.