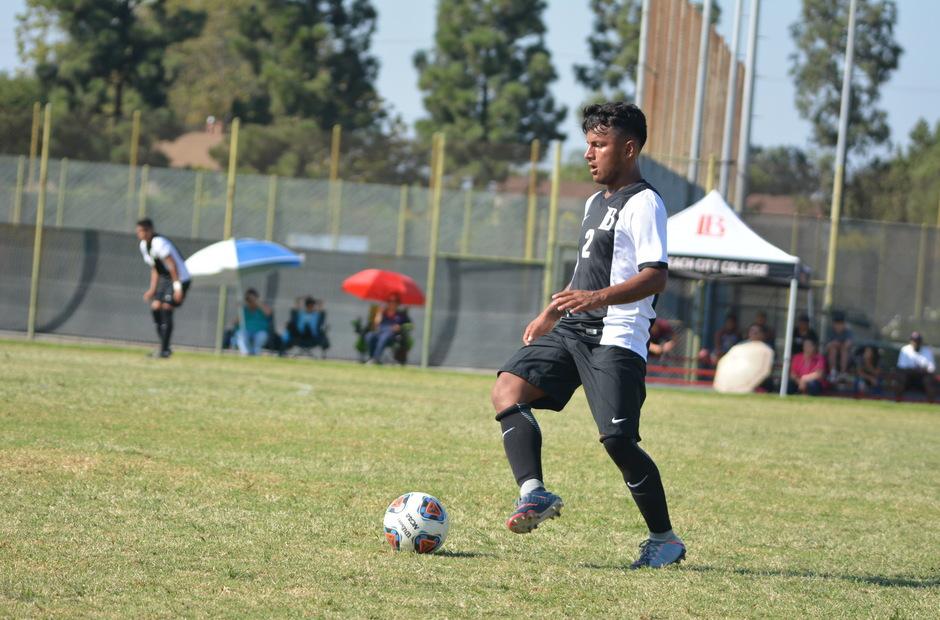 No. 4 LBCC Men’s Soccer team defeated the Orange Coast Pirates at the LeBard Stadium 3-1 to improve their record to a perfect 6-0 overall on Tuesday evening. The Vikings are continuing to improve their best start under head coach Cameron Beaulac.

Midfielder Freshman Jesse Alvarez was the catalyst to all three of the Viking goals against the Pirates. For the first goal by the Vikings, Alvarez was fouled for a penalty kick, which was taken and scored by sophomore forward Christopher Ribet. The Pirates responded back with a goal in the 28th minute of the first half to tie the game.

For the Vikings’ second goal, Alvarez fed the assist to freshman midfielder Ruben Menjivar to take back the lead. Alvarez scored the final goal in the 73rd minute to seal the sixth consecutive win for the Vikings.

Goalkeeper Andres Figueroa-Flores totaled six saves and had a big stop on a penalty kick from Orange Coast.

This was the Vikings’ fourth win on the road. Out of those four teams, three of them have won their conference last season and have been chosen in preseason selections to repeat their wins as conference champions.