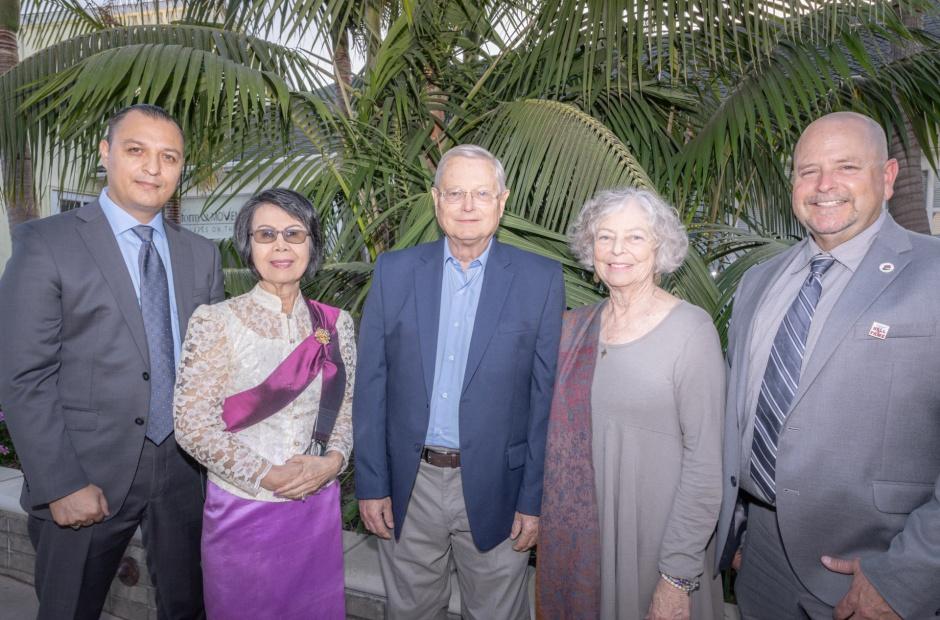 An assistant city treasurer, an executive director of a local community organization, a former city manager and CEO, a community services manager, and an author have been named as Long Beach City College’s 2019 Hall of Fame inductees, LBCC officials recently announced.

“We are proud to have these five accomplished individuals as part of our Viking family and look forward to honoring them with the College’s most prestigious alumni award,” said Long Beach Community College District (LBCCD) Board of Trustees President Vivian Malauulu.

“The Hall of Fame is our opportunity to celebrate our distinguished alumni and their many accomplishments,” said LBCCD Superintendent-President Dr. Reagan Ferragamo Romali.

About this year’s inductees:

“The LBCC Alumni Association and Foundation are thrilled to acknowledge this year’s Hall of Fame inductees for their incredible accomplishments and service to the College and community,” said LBCC Foundation Executive Director Paul Kaminski.

Established in 1972, the Hall of Fame recognizes former LBCC students who have made outstanding contributions to their chosen fields and communities. The 2019 honorees will join past honorees who have attended Long Beach City College, from former Mayor Beverly O’Neill and actor John Amos, to comedian Paul Rodriguez and philanthropist Naomi Rainey-Pierson, and many others.

For reservations, sponsorship opportunities or other information on the 2019 Alumni Hall of Fame, please contact Paula Barrow at (562) 938-4303 or pbarrow@LBCC.edu.