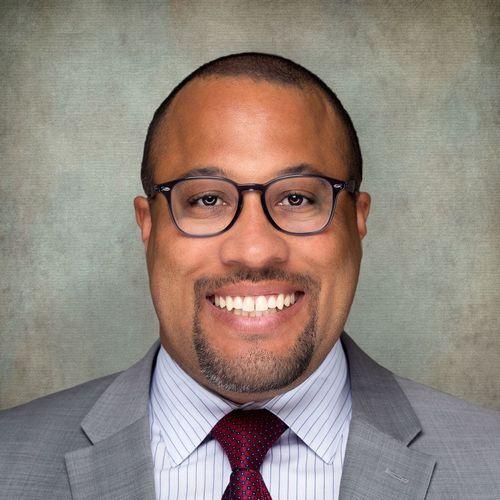 At its Annual Organization and Regular Session meeting on Wed., Dec. 15, the Long Beach Community College District (LBCCD) Board of Trustees elected Trustee as President Uduak-Joe Ntuk of the LBCCD Board of Trustees, and Herlinda Chico was elected Vice President. This is the second year in a row that Ntuk and Chico will serve in these roles.

In this role, Ntuk will preside over the meetings of the governing Board, select committee appointments, serve as a signatory of diplomas, chief spokesperson for the Board, among other duties. The positions are elected annually among the five elected Board members, to a one-year term.

Ntuk was elected in 2018 to represent Area 1, covering Uptown Long Beach, and is the first African-American male elected to serve on the Board since Long Beach City College’s founding in 1927. He has led the expansion of free bus and transit passes for students, established the preferred name policy, championed diversity and inclusion changes, and supported the creation of innovative job training programs.

Chico represents Area 4 which includes East Long Beach, Signal Hill, and Catalina Island. She is the first person of color to be elected to this seat and the first Mexican American woman elected to the Long Beach Community College Board of Trustees. She is a product of the California community college system. She attended Rio Hondo Community College and transferred to California State University, San Bernardino where she earned a bachelor’s degree in Communications. Chico is a third-generation public servant and has 20 years of legislative and public affairs experience. She currently works for Los Angeles County Supervisor Janice Hahn, serving as the lead liaison for constituent services and policy advisor for Long Beach, Signal Hill, and Catalina Island. As a long-time resident of Long Beach and active community advocate, Chico’s community service has been recognized by several Long Beach organizations including the Long Beach Branch NAACP (President’s Award), Long Beach Gay and Lesbian Pride (Whitey Littlefield Bridge Builder Award), Centro Cha (Excellence in Community Service Award), the Cambodian Association of America (Outstanding Public Service Award) and Assembly Member Patrick O’Donnell’s Woman of Distinction Award.