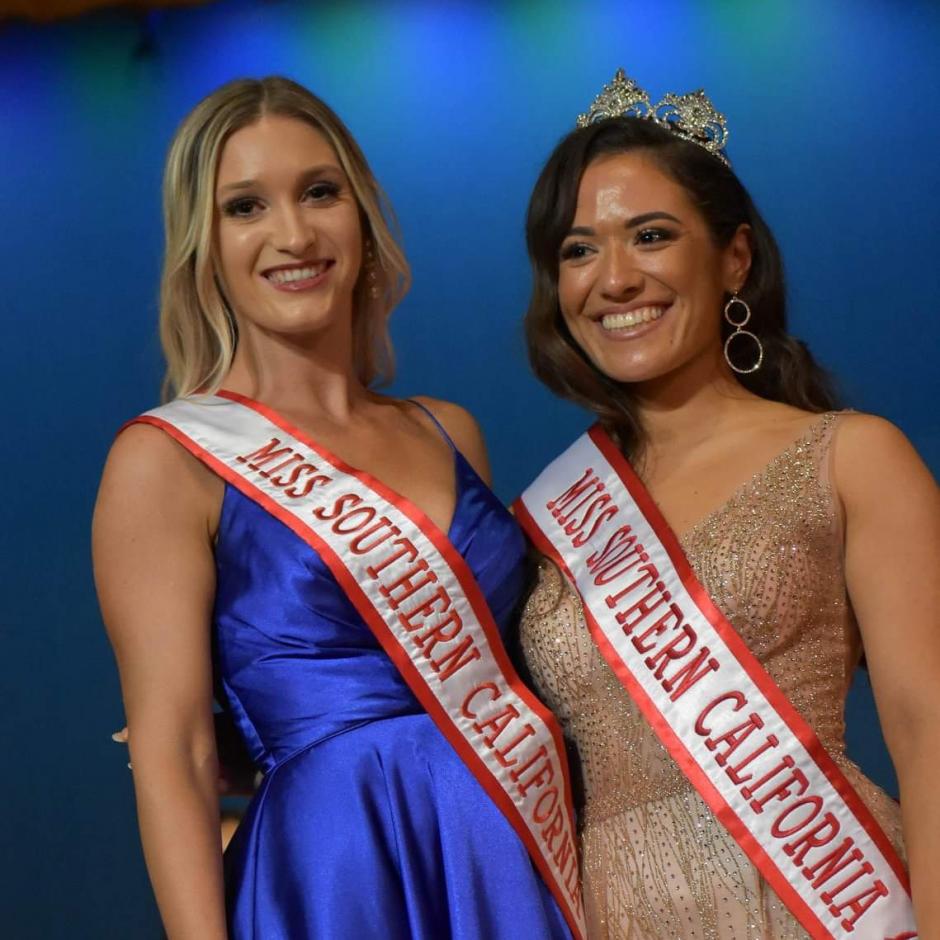 Jimenez was inspired to run for the title last April when the President’s Ambassadors helped the Community Action Team with filling Easter baskets as a community project. There, the 23-year-old Long Beach resident met Alicia Diaz, Miss Long Beach 2019, who inspired her to step out of her comfort zone and participate in something both feminine and empowering.

Growing up as a bit of a tomboy, Jimenez shut down the “girly girl” side of herself, later regretting participating in activities such as cheerleading.

“I really wanted to re-embrace that feminine side of myself,” Jimenez said. “Being a woman is a strong thing to do. It isn’t about being pretty. It is about strengthening yourself mentally, emotionally and physically.”

Jimenez practiced and prepared by answering interview questions ahead of time, learning the “pageant walk” in casual and evening wear, and presenting a well-rounded impression of who she is. Judging was based on comfort, confidence and ease in speaking one’s mind.

The Miss Long Beach Pageant was originally created by the Long Beach Junior Chamber of Commerce in 1950. It went dormant from 1979 – 1984 and was revived in 1985. The pageants were transferred to the non-profit Community Action Team in 2008.

As a titleholder, Jimenez will represent Southern California areas and the Community Action Team as a goodwill ambassador at charity events, official city programs, and business events.