Zia, Malauulu to lead LBCC Board 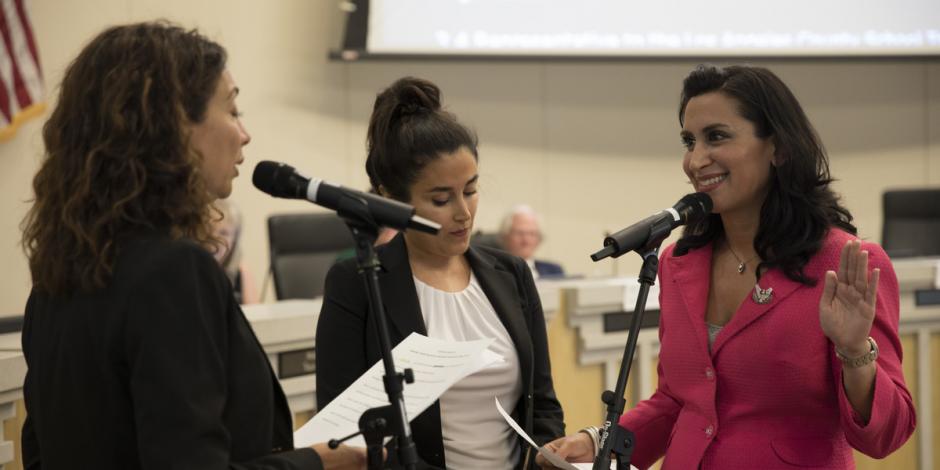 Trustee Sunny Zia was elected President of the Long Beach Community College District Board of Trustees and Trustee Vivian Malauulu was elected Vice President at the Board’s July 24 meeting. In this role, Zia will preside over the meetings of the Board and act as chief spokesperson for the Board, among other duties. The positions are elected annually among the five Board members, to a one-year term.

Malauulu is the first Latina elected to the LBCCD Board of Trustees to represent Area 2. She has a bachelor’s degree in Journalism from California State University, Northridge, a master’s degree in Educational Administration from California State University, Dominguez Hills, and four K-14 bilingual teaching credentials. She was first elected in 2016.